Formal advice has been received from the Ringwood Highland Gathering secretary that the event scheduled for 11 October 2020 has been cancelled and refund of entry fees to bands will be processed forthwith.

The Ringwood Highland Gathering is now scheduled to run on Sunday 28 March 2021.

Pipe Bands Victoria advises that the Secretary, Karen Wallace has resigned and is seeking expressions of interest (EOI) for the position of Secretary. Applications are to be submitted by email to no later than 5:00pm on Friday 12 June 2020.

On behalf of the members, the Executive Committee of Pipe Bands Victoria sincerely thanks Karen for her support of our bands and our pipe band community. Karen was initially elected Assistant Secretary, but on the return of the Secretary at the time, Ross Connolly to New Zealand, Karen filled the role of Acting Secretary and was recently appointed Secretary due to Ross resigning due to his continued residence in New Zealand. Karen has filled this role with enthusiasm and in a short period, furthered the work of Ross before her in streamlining contest preparation and administration, as well as reaching out to our bands and members to assist them with association business and activities.

The Executive Committee also sincerely thanks Ross Connolly for his dedication and contribution to our community. Ross initially filled the Secretary role following the sudden death of Peter Cook, and Ross contributed greatly in this role over the past six years. Ross’s involvement with Pipe Bands Victoria and the VHPBA began back in 2001 when he commenced co-editing the band’s magazine and started writing the “Coffee with Rossco” articles. In 2004, Ross joined the Executive as Vice President, a position he held until he became Secretary in 2014. Ross also made a valuable contribution by obtaining several funding grants over the years to assist with facilitating activities for pipe bands. Ross also re-cast the method of presentation of the Sir Rupert Hamer Award thereby improving the recognition of this significant award. Ross also archived and managed the equipment and materials of the association, including the task of preparing for all our contests, was until recently the Vice Principal of Rules and Administration. Ross has advised he wishes to continue to support our pipe bands as a Contest Supervisor. 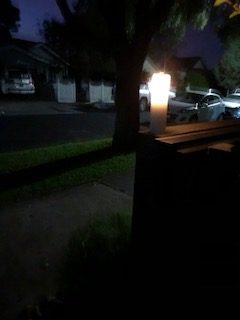 ANZAC Day was a beautiful still morning in Melbourne with stunning red skies over the bay. Although the Dawn Service at the Shrine was not open to the public, many in the community took the opportunity to remember those who gave their lives and served their country and local musicians performed the Last Post .

Many of our pipers and drummers performed at 11am and a wonderful selection of performances has been posted on the Pipe Bands Australia facebook page.

Thankyou to teaching staff Lincoln, Dan, John and the over 60 Haileybury Pipes & Drums band members who prepared a special video featuring over 60 students recorded in social isolation, and they have asked we share this with the Victorian Pipe Band community as part of their commemoration of ANZAC Day.

The Australian Pipe Band Championships scheduled to be held in Maryborough, Victoria have now been postponed until April 10-11 2021. A memo has been distributed this afternoon to all band secretaries.

Please use the following link to the Pipe Bands Australia website for the full statement.

The latest communication from the Ringwood Highland Games is as follows.

Due to Government restrictions regarding COVID19, and on advice from our local authorities the Ringwood Highland Games and Celtic Festival WILL NOT take place on the 29th March 2020.

The Ceilidh programmed for the 27th March has also been postponed to a future date.

This is a world wide issue which has affected many gatherings around the globe.  Sadly we are also affected by this Pandemic.

Our Games have now been re-scheduled and not cancelled.

Our Executive is currently negotiating with our local council on a definite date & venue, however it will most likely be on a weekend in October 2020.

We are still finalising many aspects of the rescheduled event including the precise venue and the exact date.

We have every intention to hold an even better event in October!

We will keep you informed.

Further to advice from Pipe Bands Australia, please refer attached memo regarding the postponement of the 2020 Australian Pipe Band Championships to be held at Maryborough, Victoria.

Pipe Bands Victoria in consultation with our promoters has continued to monitor the situation regarding COVID-19 (coronavirus) as it impacts on our community. Attached is a memo from PBV and a media release from the Geelong Highland Gathering Committee.

In a rapidly changing environment, it is with deep regret and a heavy heart we advise our pipe band community that the contest scheduled for 15 March 2020 at Osborne Park, North Geelong has now been cancelled under instruction from the promoter.

We further advise that the Victorian Pipe Band Championships scheduled for Sunday 29 March 2020 at the Ringwood Highland Gathering will also be postponed. We are working with the promoter and advise rescheduling may occur at a later date.

We acknowledge and apologise for the inconvenience we know this will cause. However, in the context of COVID-19 infection, the health and safety of our members is of paramount importance. PBV will continue to review and assess all planned events with promoters and venues. This includes other scheduled upcoming events including ANZAC Day Parade and the 2020 Solo Drumming Program.

This advice is not pertinent to the Australian Pipe Band Championships scheduled to be held at Maryborough on 3-4 April 2020. Any announcements pertinent to that event will be made by the promoter and Pipe Bands Australia.

Please check emails and the PBV and PBA websites regularly for further updates.

Please see attached the Mark 1B version of the contest draw for the Victorian Pipe Band Championships to be held at the Ringwood Highland Gathering at JW Manson Reserve, Wantirna on Sunday 29 March 2020. Access to the reserve is via Selkirk Avenue.

Bands and Band Representatives are requested to note the sign in and performance times, and carefully read the appended notes relating to other contest matters, and the assembly of the Finale Massed Band. Massed band tunes are also listed in the appended notes. Particular attention is drawn to requirements for parking and access to the JW Manson Reserve.

We look forward to seeing you all at Ringwood.

We look forward to seeing everyone at Geelong.

We thank Celtic Affairs for sponsoring a special series of awards at this contest for the best ensemble in each grade in memory of David Ramsay.